I TOLD YOU SO (IDIOT)

an illustrated poetry zine about

PETTINESS, SUMMER and BEING TRANS,

supermarkets, rats, and being in love,

doubt, decision and getting better

Aww thank you !! I just saw this, two months later, but I really appreciate it !!

"I TOLD YOU SO (idiot)" by Axe (twitter/instagram). This is "an illustrated poetry zine about PETTINESS, SUMMER and BEING TRANS, supermarkets, rats, and being in love. Doubt, decision and getting better". ITYSi is a chapbook for all the readers looking for material about the affect every day life has on being forced to accept the role forced upon you as a person in a world that considers you "non-normative". It does so by focusing on almost a bitterness at that fact, and placing yourself as something existing in a million different kinds of places. Not just the average life ones, but the hypothetical complex ones as well. You could be at a supermarket sure, but you could also be inside a temporal disturbance in the universe. What then? There are a few drawings and illustrations within the zine as well. It's meant to be a read experience about very specific sentiments, and that feeling of having to exist for other people in service to their wants; not as your own respected person. Instead of being sad or scared about it, these poems function as a cynical release of that annoyance. Poetry is great for that. I wrote a chapbook I'll never publish where the entire point was for it to be angry, cynical, and bitter about my experiences living in Seattle. It really helped me privately get out my negative feelings in a way that never directly hurt anyone or caused any public issues. It's an artistic way to vent, and if you've ever been frustrated with feeling like an undervalued microscopic organism to other people, this zine is going to speak to that part of yourself you may not really get to express very often.

"the green fly living on your rose I’d like to thank you for carrying me nowhere, be yourself my home"

there’s no use to me
but surviving, second sight
a sharpened tooth
i keep a partner and a rival

my body is a supermarket,
check me out, flatten
fold me at my joints
press pop and swallow

i love this. the whole zine is pretty evocative, & "Supermarket" especially felt really good to read aloud. the sounds conspired in a fun & bitter way

Thanks so much for letting me know ! It's very lovely to hear your kind thoughts. I am terribly bitter :) 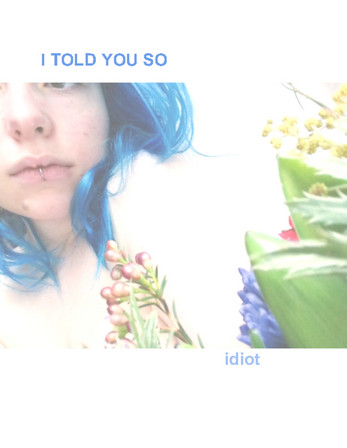 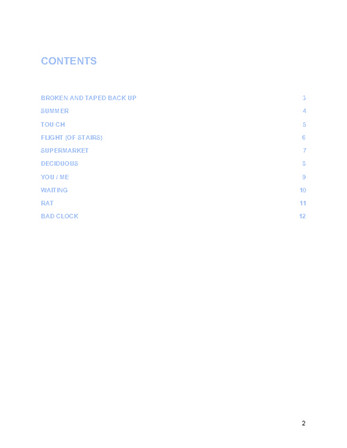 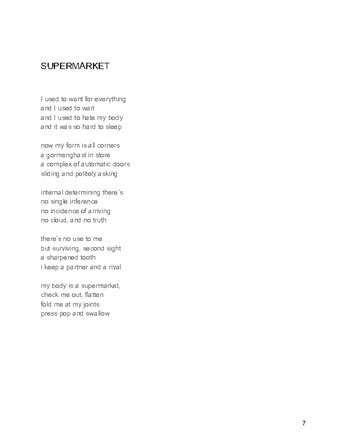 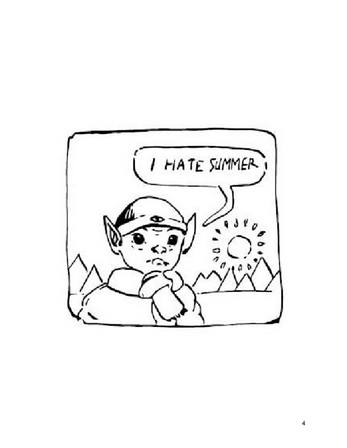